How to Use Gender Diversity as an Edge 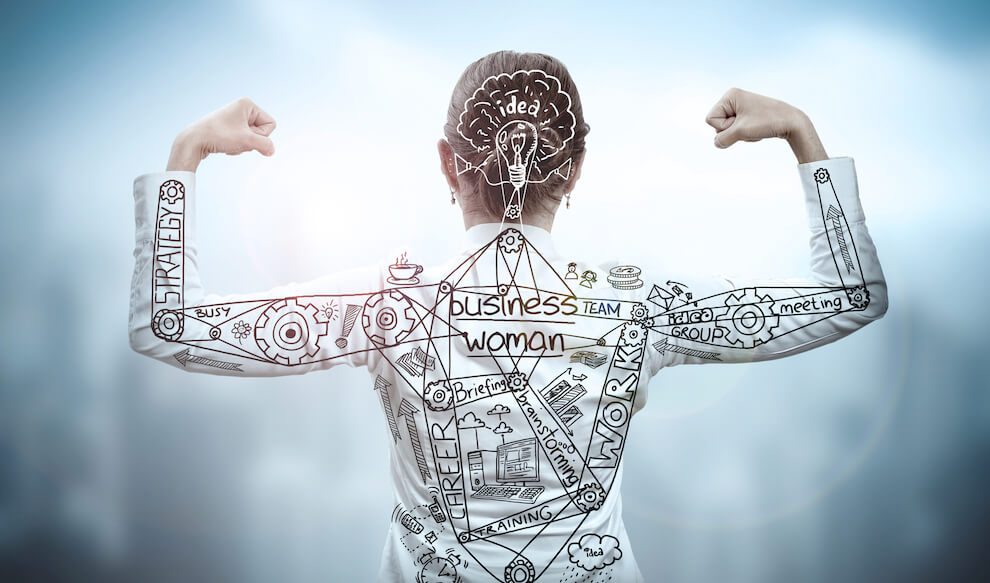 This blog originally appeared on Intelliversity on March 28, 2017, here. Robert Steven Kramarz, Executive Director of Intellivesity, is the author. See his bio at the bottom of the page.

But not simply for the sake of gender diversity.

Rather, because those kinds of management teams generate success by virtue of the creative conflict of values, innate skills, and modes of thinking that breed innovation. It’s what diversity makes possible.

So what did the researchers find? Companies that encouraged both types of diversity out-innovate and outperform those that don’t.

Employees at these companies were 45% likelier to report that their firm’s market share grew over the previous year and 70% likelier to report that the firm captured a new market. So, I support gender, ethnicity and sexual orientation diversity because it produces great results in business – the kinds of results investors like to see. I support it because it’s the right thing to do. It’s the right thing to do because it works – not because you have to!

The fact that it produces great results in business proves the point. In other words, we don’t have to get into the whole conversation about whether more diversity is required for moral or ethical reasons because it plainly produces better, stronger, more innovative companies.

For that reason, it’s clear that any discrimination by founders, managers or investors, other than on the basis of ability and character is bad business.  My previous article on this subject may have created the false impression that I am indifferent to gender discrimination, so let this set the record straight. Discrimination doesn’t work. It doesn’t produce results. It doesn’t generate the best ideas and the most innovative teams. So, it needs to go the way of the dinosaur.

This is because of innovation, including scientific discovery, invention, as well as business innovation and artistic creativity, is the “engine” of a society of intelligent beings, which presumably is our society.  There are many ways to contribute to society but the most impactful way is innovation, which may sometimes take the form of disruption.  You are an innovator whether you consider yourself a visionary, inventor, artist, author, entrepreneur, maker, scientist, developer, engineer, designer, product manager, founder, or revolutionary.  Who have I left out?

Innovation produces progress in every area.  If we don’t keep progressing, if we don’t keep getting better at the game of life, then society inevitably falls into decay and conflict even reversing forward progress.  I won’t try to prove this assertion today but you can look at societies where innovation and diversity is shunned to see for yourself.

Let me just say today that I acknowledge and honor the contribution that you make as an innovator and urge you to consider that diversity within the C-suite and throughout your company will produce a higher degree of innovation.

So why then am I writing about women entrepreneurs, having already observed that any gender discrimination by investors is bad business?

Because gender discrimination is still rampant in our business culture today and it is killing companies. That’s your leverage point because according to the Harvard study cited above, 78% of companies do not encourage what the study calls “2D diversity” – both innate and acquired diversity. So, 8 out of 10 of your competitors have an innovation handicap. In those companies, for example, women are 20% less likely than straight white males to have their ideas accepted. And you see the result: 45% less growth.

So let’s take this to the “seed stage” – that stage where you are developing your ideas into products and seeking funding. You already have a steep hill to climb since the percentage of innovative businesses which get funded is relatively low (around 3%) and of these, only about 30% succeed well enough to pay back investors the principle invested.  Only about 10% succeed to the point where investors make a substantial return on their investment.

Those are long odds. Wouldn’t you like to increase the odds in your favor?

The consequences would be that much more private money would be available for launching and growing innovative businesses, which would release a flood of innovations that would benefit us all in every area:

For you, the innovator/entrepreneur, it hits closer to home: diversity on your team and the innovation it spawns could well make the difference between success and failure.

In the case of startups, this means improving the founding team.  In the case of growing companies, it means improving the entire management team, including the board of directors, advisors, and C-suite.   Investors are always ready to tell you the quality of the management team far out-weighs all other factors in determining the likelihood of a company succeeding. Well, it’s true.

The question remains, what does a quality team mean?  How do you improve your team?

You may be seeing the connection to women in business emerging here.

Most investors take a simplistic view of team quality.  They look at the track record of team members in the company’s field of business.  The stronger the track record, the stronger the team.  This is an obvious factor, but it is in our experience, not the most important factor.  It also leads to “more of the same,” maintenance of the status quo.

Fortunately for those groups trying to break in, regardless of the level of experience your team has, investors will look at other factors related to character, leadership ability, team chemistry and team composition before they fund a company.  They’re looking for a team that fosters innovation, creativity, resilience, and passion at least as much as a group of people with the right resumes. I’ve come to this conclusion after interviewing dozens of successful investors since 2007.  Here is a quick list of team characteristics that are important to most investors I’ve surveyed:

Also important are attributes of the team as a whole:

This is where the opportunity for women, people of color and LGBTQ individuals arises.  Many women and some men bring to a team a set of complementary leadership style and thinking styles less often found in teams comprised only of men such as an attention to relationships and a keen interest in the details of execution.

I don’t want to stereotype here and my thoughts on this are proven by research.  People of both genders and any sexual preference may exhibit these and other traits.  For that reason, filling an executive team with a balance of genders and sexual preferences increases the likelihood that a company will have a balance of complementary leadership and thinking styles.  And we know from the research at Harvard that this particular type of diversity breeds success. What’s important is not the gender or sexual preference itself; what’s important is achieving a full range of different leadership styles and thinking styles.

Diversity of all kinds is a way of achieving this.

In the next installment of this series I’ll apply these ideas to the founding team and the C-suite against the backdrop of the idea that the best founding teams and growth teams have both a Vision Master and an Execution Master. Curiously, men and women are, generally speaking, each particularly skilled in one of these two roles.

Key takeaway: Diversity in management teams and within innovative companies as a whole is the right thing to do because it produces bottom line results. Teams with a diversity in worldviews, experience, and thinking styles are far more likely to produce cultures of innovation and creativity that breeds success. This can mean the difference between success and failure and if you embrace it in your company, you’ll out-perform eight out of ten competitors who don’t.

Angel investor and fund manager; advisor on impact investment, Reg. A+, Equity Crowdfunding, and Revenue Royalties. To this end, he’s author of the recent books Born to Star and The Road Less Traveled – Raising Capital without Debt or Equity. He is the current Executive Director of Intelliversity and active team member of the Water Impact Alliance, Pacific Royalties, 22nd Century Ventures and Vantera Partners. He works tirelessly to increase the amount of private funding available for innovation, science and impact investments.

Posted in Women in STEM